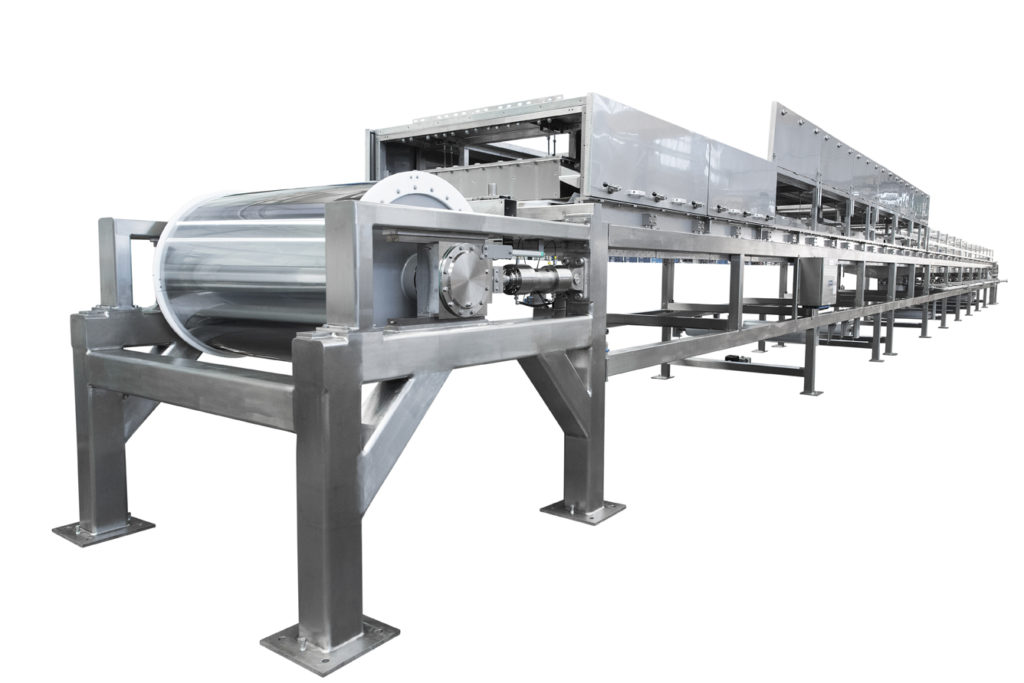 This process can be used to produce microporous membranes of a quality unattainable by any other method.

In this process, a polished steel belt is coated with the liquid product. The cast layer is then transported on the belt through a series of carefully controlled phases. This involves heat and mass transfer in the evaporation process or a controlled phase separation process in a precipitation section.

Once these processes have been completed, the solid formed product is removed from the belt. At this stage the product will be in either final or ‘green’ form, the latter requiring further processing such as post drying leaching or stretching.

The following components can be supplied together with our film casting units: