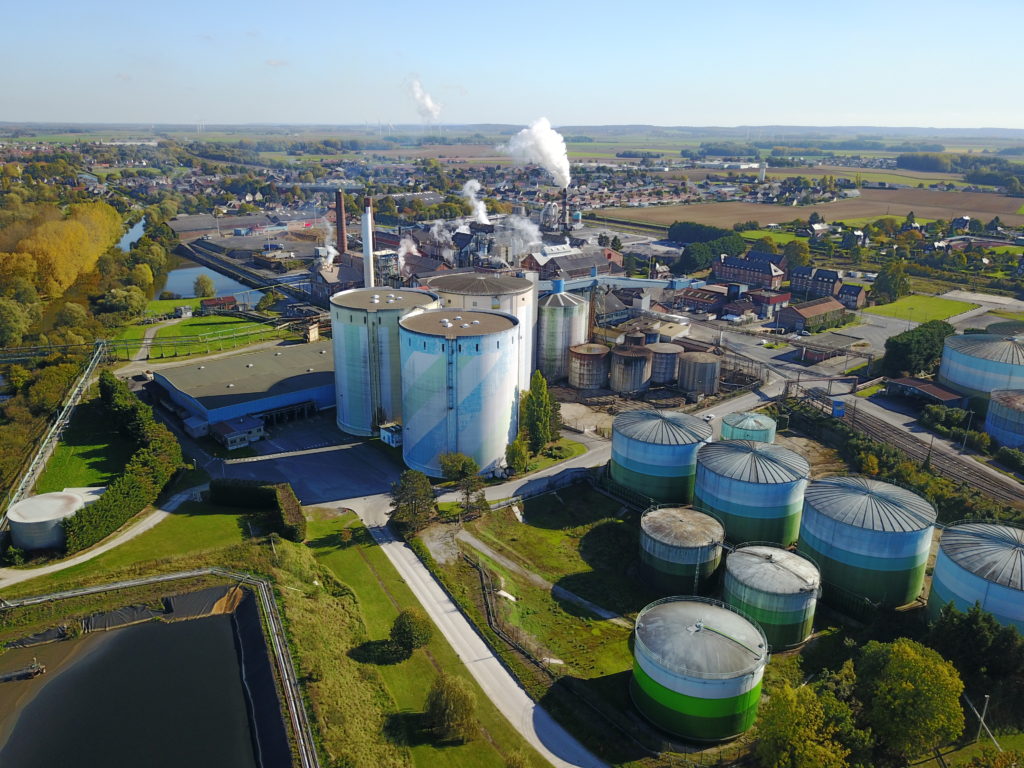 IPCO’s steel belt conveyor is a key component in the customer’s logistical operation; any downtime could have serious consequences.

IPCO now undertakes regular belt system inspections with the aim of identifying potential issues before they impact on production.

One inspection highlighted a risk of belt failure. Planned repairs enabled necessary remedial work to be undertaken without disrupting production.

A preventative maintenance agreement agreed between IPCO and sugar producer Saint Louis Sucre has paid dividends by identifying a risk of failure before it could impact on production. This enabled repair work to be managed on a schedule that fitted around the customer’s operations, avoiding the disruption and cost of an unexpected breakdown. 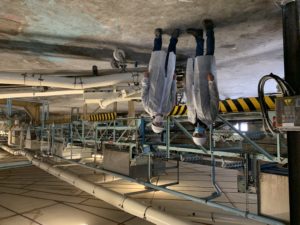 Saint Louis Sucre is a member of the international Südzucker group, the largest sugar producer in Europe. The company’s factory in Eppeville, northern France, is one of around thirty sugar factories within the group. This particular site transports sugar on IPCO steel belts for about 20 years, moving it from the main storage silo to outgoing delivery trucks, or in the opposite direction from trucks arriving from other plants, to the silo.

The central role that our steel conveyor belt plays in supporting Saint Louis Sucre’s precisely managed distribution network makes it an essential to overall efficiency. Any downtime resulting from belt damage would have a serious impact on logistical operations, with onward distribution grinding to a halt and/or incoming trucks standing idle with stock unable to be unloaded. In either case, Saint Louis Sucre will be facing operational losses and a distribution bottleneck until the problem was rectified, and this was not a risk the company was prepared to take.

Working in close cooperation with IPCO France to see how the risk of costly downtime could be minimized, the decision was made to put into place a formal Preventative Maintenance Agreement (PMA). Under the terms of the PMA, IPCO technicians now visit the
site at agreed intervals to inspect and provide a detailed report on the condition of the belt and associated conveyor components. Any potential issues can now be identified and managed before they reach a point of failure and the risk of disruption to production.
The PMA agreed with IPCO is just one of a number of similar agreements Saint Louis Sucre Eppeville has signed with key suppliers. This approach ensures that important equipment is maintained by OEM specialists and frees up in-house engineers to focus on other critical maintenance tasks.

The value of this PMA was clearly demonstrated in 2020 when an IPCO technician was undertaking a scheduled maintenance check. The inspection highlighted the damage to a section of belt edge caused by it coming into contact with part of the conveyor frame. Left untreated, this problem would only get worse, significantly reducing the operational life of both the belt and the frame. Even more seriously, the inspection identified a risk that the belt could actually break, threatening the safety of Saint Louis Sucre’s employees and causing a complete shutdown. After consultation with Saint Louis Sucre, it was agreed that a 20 m section of the steel belt be replaced on a schedule that would cause minimal disruption, and that edge dressing be carried out. This repair work was successfully carried out, proving the value of the PMA by helping the customer to avoid the disruption and cost of an unexpected breakdown, while also maximizing Saint Louis Sucre’s return on investment (ROI) by prolonging the life of the conveyor system.
Equally important, the PMA has helped to establish a stronger long-term relationship between Saint Louis Sucre and IPCO France, to the benefit of both parties.